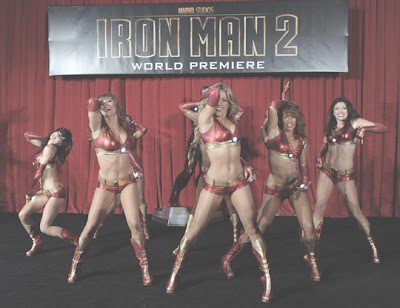 Yeah I Know, But In My Defense
Iron Man Is In The Back...

When the film "The Avengers" comes out is that considered with the cast of Marvel characters a sequel to the films released before it. So Iron Man would be the third in the series or "Thor" or "Captain America" would be following their other films... I don't know how to place "The Hulk" cause he was played by three different people and where do you put "Nick Fury" he was in many of the films. Either way to look at this upcoming film's success, it will open the door to many characters being in the same film... like Jason Voorhees, Freddy Krueger, Pinhead, Michael Myers or Chucky... to be the newest dream/scream team.
-Jeremy [Retro-Zombie]
--------------------------------
--------------------------------
Hosted By Jeremy [Retro]