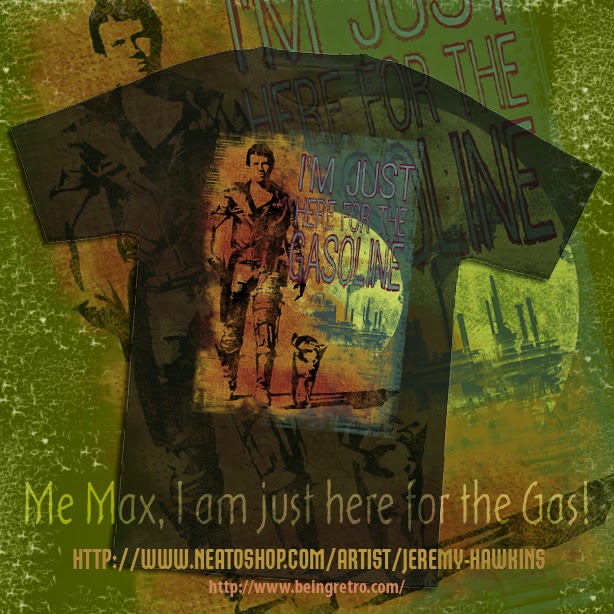 We Interrupt Our Normally Scheduled Program... I have been getting back on track for those who know, I have had a world of "BLANK" thoughts when it comes to my designs. I have had a few artistic breakthroughs in the last couple of days and from that I give you my "THE ROAD WARRIOR" t-shirt design.  With the "REDO" of the film coming soon, I felt that it needs to be remembered before you forget. I remember my dad taking me to see this in the theater and the woman had gotten attack by several of the bad guys... he looked over at me and said "You know that is not right, right"... I said I knew. Being one of those "R" rated films that I had gone to with my dad, he always checked in with me... to remember what is good, what is bad! 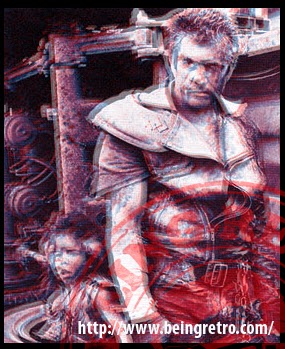 Narrator: My life fades. The vision dims. All that remains are memories. I remember a time of chaos. Ruined dreams. This wasted land. But most of all, I remember The Road Warrior. The man we called "Max". To understand who he was, you have to go back to another time. When the world was powered by the black fuel. And the desert sprouted great cities of pipe and steel. Gone now, swept away. For reasons long forgotten, two mighty warrior tribes went to war and touched off a blaze which engulfed them all. Without fuel, they were nothing. They built a house of straw. The thundering machines sputtered and stopped. Their leaders talked and talked and talked. But nothing could stem the avalanche. Their world crumbled. The cities exploded. A whirlwind of looting, a firestorm of fear. Men began to feed on men. On the roads it was a white line nightmare. Only those mobile enough to scavenge, brutal enough to pillage would survive. The gangs took over the highways, ready to wage war for a tank of juice. And in this maelstrom of decay, ordinary men were battered and smashed. Men like Max. The warrior Max. In the roar of an engine, he lost everything. And became a shell of a man, a burnt out, desolate man, a man haunted by the demons of his past, a man who wandered out into the wasteland. And it was here, in this blighted place, that he learned to live again...

Email ThisBlogThis!Share to TwitterShare to FacebookShare to Pinterest
On The Menu: t-shirts