Santanico Pandemonium... I think this week I have a theme or Not? 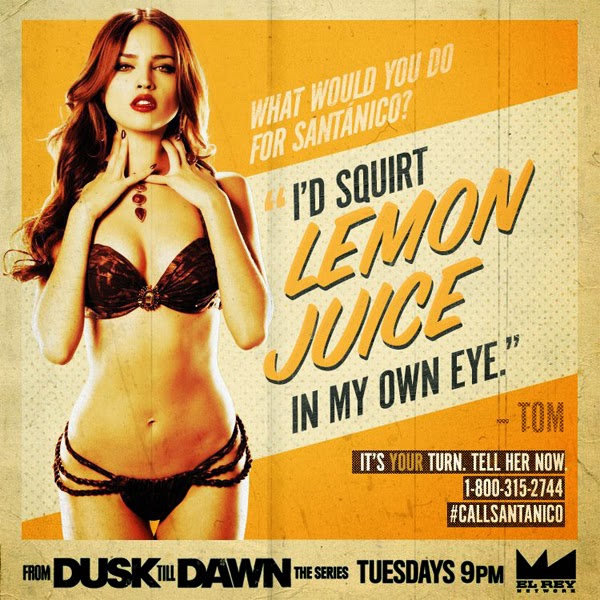 Santanico Pandemonium, formerly Esmeralda, is a fictional character from the From Dusk till Dawn series. She is the primary Queen Vampire of the "Titty Twister", a strip club/brothel in the middle of a desolate part of Mexico. In the film series, she is portrayed by Salma Hayek and Ara Celi. She is played by Eiza González in the 2014 television series.
I just found out that this is a television series... where the heck am I and where do I sign up?
-Jeremy [Retro]