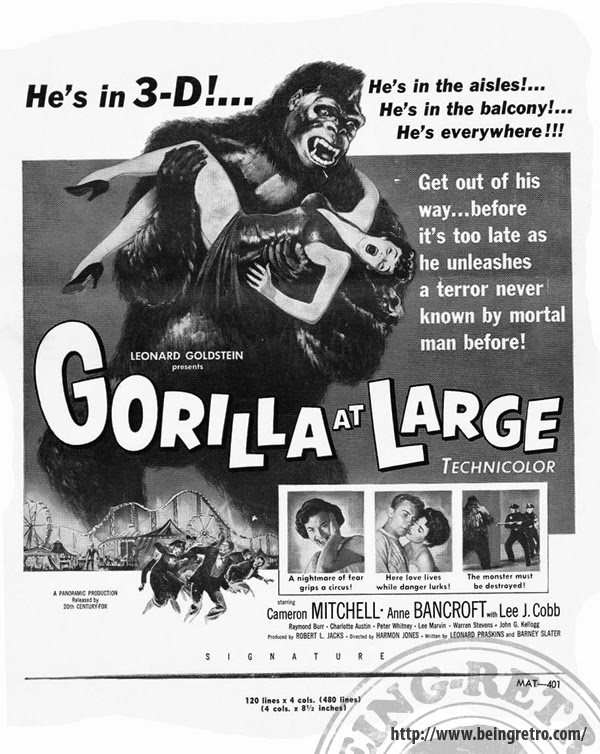 Gorilla at Large is a 1954 horror mystery B-movie (with an A-cast) made in 3-D. The film stars Cameron Mitchell, Anne Bancroft, Lee J. Cobb and Raymond Burr, with Lee Marvin and Warren Stevens in supporting roles. Directed by Harmon Jones, it was made by Panoramic Productions, and distributed through 20th Century Fox in Technicolor and 3-D. It is notable for being one of their first 20th Century Fox films filmed in 3-D. (The first was Inferno, which was released a year before.)
-Jeremy [Retro]