Thor: The Dark World - WHO YOU GOING TO CALL? 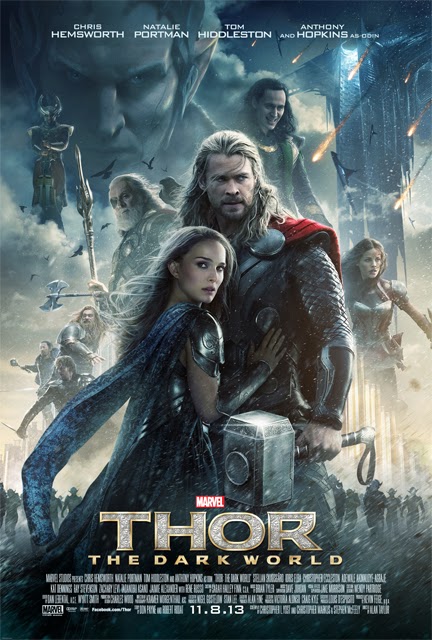 From Marvel Studios comes the highly anticipated “Thor: The Dark World,” continuing the big screen adventures of Thor, the Mighty Avenger, as he battles to save Earth and all the Nine Realms from a shadowy enemy that pre-dates the universe itself. In the aftermath of Marvel’s “Thor” and “Marvel’s The Avengers,” Thor fights to restore order across the cosmos...but an ancient race led by the vengeful Malekith returns to plunge the universe back into darkness. Faced with an enemy that even Odin and Asgard cannot withstand, Thor must embark on his most perilous and personal journey yet, one that will reunite him with Jane Foster and force him to sacrifice everything to save us all.

Warming you all up to the film, who is excited about this... this is part two of "PHASE II", which follows from the Iron Man III film and possibly the Marvel SHIELD show. You may ask yourself what is PHASE II and I will explain it best I can understand myself. PHASE I was all part of the main characters from previous films that concluded with "The Avengers". Everything after that film is part of the second wave, which I believe will end the second "The Avengers: Age Of Ultron". Giving us a little piece to future Marvel releases, but by Disney. There will be three PHASES in the end and rumor is that it will end in the future that will feature Tony Stark Jr. stepping into the Iron Man suit.