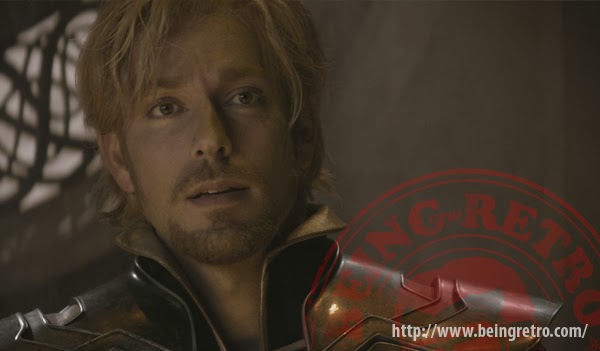 Fandral is Asgard’s finest swordsman, which serves him well as a member of the Warriors Three. Alongside Volstagg and Hogun, Fandral fights to protect Asgard from any and all foes. When not using his sword to smite his enemies, Fandral uses his charm and good looks to woo the ladies.
Joining the cast to play Fandral is Zachary Levi. Discussing picking up the reins of Fandral, he says, “I like the character of Fandral. He’s different to anything I’ve ever been able to play. He speaks with an English accent, is very blunt and is a total lothario, lady’s man. I love all that; it’s just really fun. He’s very Errol Flynn.”

Some might not get this reference to the title, but I am a huge fan of the now cancelled-for several years-television-show "NBC'S CHUCK". It's great he is sticking with his new Disney family as he has done several roles with them this is the forth I think.