Q and A with Composer David Schwartz on "ARRESTED DEVELOPMENT" Season 5... Lost Interview. 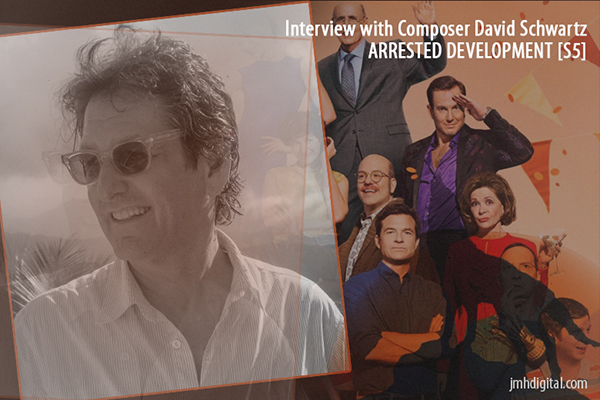 THANK YOU FOR TAKING THE TIME...

Jeremy [Six Strings]: Working with several television shows, and now being brought back to a familiar scene, ARRESTED DEVELOPMENT... How does that feel? What were your first thoughts when you got that call?

David Schwartz:  Any time I get the AD's call, it’s a cause for celebration!  Since ARRESTED never really goes away, it doesn’t feel like a re-boot.  That said, I’m always trying to build on the music from past seasons and hopefully improve it.

Jeremy [Six Strings]: How do you prepare for this? Were you told any direction to move or just following past seasons of your contributions to ARRESTED DEVELOPMENT?

David Schwartz:  Mitch Hurwitz, the creator/genius of AD, and I have developed a very unique shorthand after 15 years.  It actually goes back longer than that, as I have done four or five shows with Mitch.  We spot each episode and that’s where his direction comes from.  We try a lot of different things.  This season, there was less direction than in the past.  That may have resulted in me being a little harder on myself, or at least trying to write a couple of different options for the scenes that I could see going in a couple of different directions.

Jeremy [Six Strings]: With shows like ROSEANNE, WILL AND GRACE, and a few others, do you think the future holds more of making a return after a long hiatus, and what show would you like to see on the comeback?

David Schwartz:  I keep hearing about my first show NORTHERN EXPOSURE returning… I would be absolutely thrilled!  NORTHER was a hit, but there was another show I did way back when, called MAXIMUM BOB.  It starred Beau Bridges as a Florida Judge who always gave the maximum sentence.  It only lasted one brief season, but it was way ahead of its time.  I’d love to see that show come back! 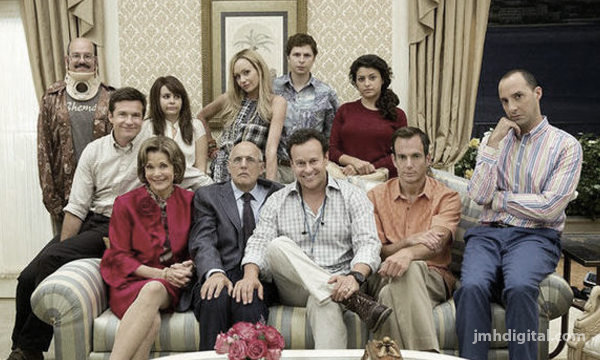 Jeremy [Six Strings]: Ask yourself a question that you wish people would ask... that they haven’t.

David Schwartz: Well, now that you ask, I wish people would ask about another series of mine, THE GOOD PLACE.  I am so fortunate to be composing on two series that I absolutely adore.  THE GOOD PLACE is very different from AD - I’m using a very limited palate, and only certain styles of music work for THE GOOD PLACE.  That said, within those limitations, there’s still a great deal of variety and creative freedom.  Both shows have brilliant show-runners, great writers, and exceptional casts, so it’s easy to stay inspired.

Jeremy [Six Strings]: Who are some of the influences/people you wanted to meet in composing, that you would love to meet?

Email ThisBlogThis!Share to TwitterShare to FacebookShare to Pinterest
On The Menu: David Schwartz