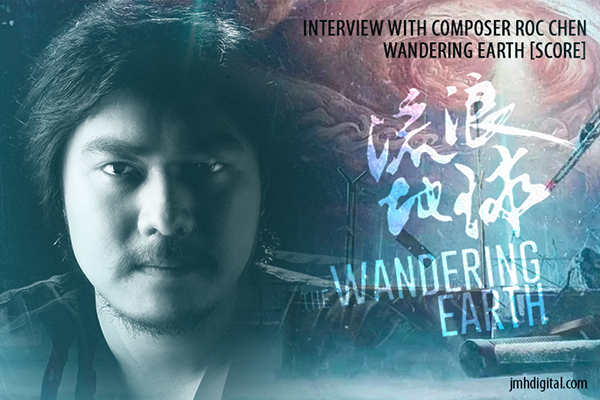 Jeremy [Six Strings]: Can you tell us how you got involved on this project THE WANDERING EARTH. and how you approached this score musically?

Roc Chen: About 14 years ago - how fast time flies - I wrote a book on how to use a Digital Audio Workstation called Adobe Audition, published by Posts and Telecom Press Co, one of the biggest publishing companies in China. The book was highly acclaimed and inspired many musicians to incorporate the Adobe Audition software in their creative process to make their music better. Fortunately, Gong Geer, the producer of THE WANDERING EARTH, was one of those readers of my book. It was through him that I got to know the director of THE WANDERING EARTH, Frant Gwo, and the three of us have built a very trusting relationship.

Jeremy [Six Strings]: Can you share something that happened behind the scenes on THE WANDERING EARTH, something that is not covered in your bio, and a favorite composer and why?

Roc Chen: On a sunny afternoon, I met director Frant Gwo for the first time in his studio.  He said, we are making a sci-fi film, but we want to do it a little bit differently. The idea of THE WANDERING EARTH is that when our solar system is having a crisis, we don’t build rockets and fly away. Instead, we choose to install engines, transforming the Earth with the ability to wander through the solar system. Why would we want to leave the solar system on our home planet, not because a lot of us just finished paying off our home mortgage, but because of our love and emotion for this beautiful planet which we call home. Humans have a deep emotional connection with Earth. It’s so deep, that even when disaster threatens the balance, we'll leave with our home.

These ideas and words deeply touched me and I was greatly inspired. So much so that I wrote a melody on the taxi ride home. After a few days, I received the film clips and was totally fascinated by the city-sized planet engines, visual effects, etc. Seeing all the spectacular pieces of this film, I was blown away and knew I had to rethink what I wrote in the taxi and I went ahead to write a new theme, sort of like those superhero themes. My fellow musicians thought it was great, but I was concerned and not quite happy until I realized a superhero theme wasn’t THE WANDERING EARTH; it should feel like the Earth is conquering the entire universe! So I went back to the original melody I wrote in the taxi, where those first seeds of inspiration were planted, and I played it on a piano for  the director and right after I finished, he said "I’ve got goosebumps all over me now".

Thus, this emotional melody become the main theme of THE WANDERING EARTH and you can hear it in the opening title scene, where Earth starts to sail along with the gentle speech "Goodbye, Solar System..."  The Royal Philharmonic Orchestra's performance of this cue really enhanced this epic but sad moment for all humankind.

Another fun story from behind the scenes happened while we were recording piano at Abbey Road Studios. At first I played the piano as my eyes watched the film clips. It was ok, but some notes weren’t quite synced to the picture. We tried several times with the same issue, so Frant had me turn off the monitor and focus on pouring the emotion out of my fingertips. The results were perfect - great sound and rich in emotion! Frant told me, "All the notes are synced more accurately to the picture now."

My favorite composer is Claude Debussy, I love the color, pattern and the change between light and darkness in his music, it's like watching a beautiful painting of Monet. 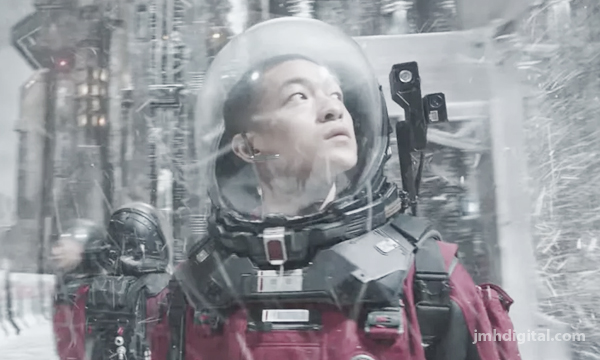 Jeremy [Six Strings]: What are you hoping the fans of this project THE WANDERING EARTH, from film to score, will walk away with musically?

Roc Chen: Although it's music written for a sci-fi film filled with action and visual effects. I still hope it sparks an emotional connection with fans. Gladly, I see many fan-made videos with the main theme music in the background. I also see many fans who are talented musicians playing the main theme on all kinds of instruments. I heard many people were brought to tears at the climax of this film, where the music is just a simple piano (the cue is "Farewell Under the Stars".) We planned this nearly silent, intimate piano moment without any sound effects, in hopes the audience would hear their own breath, or have reflections on their own stories. So I hope the music of THE WANDERING EARTH will continue to touch the hearts of people and connect to their own stories.

Jeremy [Six Strings]: What will you personally take away from this project THE WANDERING EARTH and how did this help build to your next project?

Roc Chen:  Always follow your instinct and write not from your brain, but from your heart.

Email ThisBlogThis!Share to TwitterShare to FacebookShare to Pinterest
On The Menu: Roc Chen