Well the Heat is On and WE SALUTE YOU! 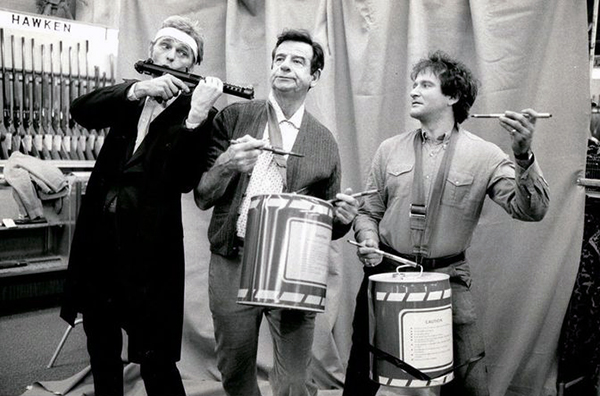 The Survivors [1983]... Walter Matthau [July died 2008], Jerry Reed [Sept died 2008] and Robin Williams [Aug died 2016].  'Once they declare war on each other, watch out. You could die laughing.' The Survivors isn't about two men declaring war on each other; it's about two New Yorkers without anything in common who become friends. The advertisers probably didn't know what to do with it because it's a comedy for grownups. There's a lot of unconventional humor in the writing by Michael Leeson. Robin Williams' work transcends the film's flaws. He acts with an emotional purity that I can't pretend to understand. A lot of the comedy comes from his being a grownup with this ranting little kid inside him. Walter Matthau gives a quiet, old pro's performance.
Not cool, my air conditioner went out and had to be replaced... of course it's the hottest it's been in weeks. So stay positive and all have a Happy July 4th!
-Jeremy [Retro]