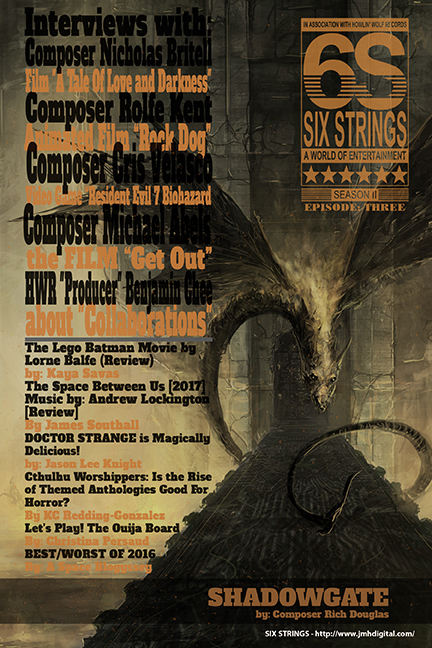 And all our favorite things; FILMS, MUSIC, BOOKS, ETC.
Giveaways...  are everywhere, well you just need to look!!

SIX STRINGS Season 2 Issue 3
LINK: CLICK HERE!
PAST ISSUES:
SEASON 01: [CLICK HERE]
SEASON 02: [CLICK HERE]
Had many great interviews, stories and great things... Maybe you could take a look?  As always I wanted to thank all those who have helped make this thrive, we all work very hard to bring you this... so thanks again!
Jeremy [Six Strings]